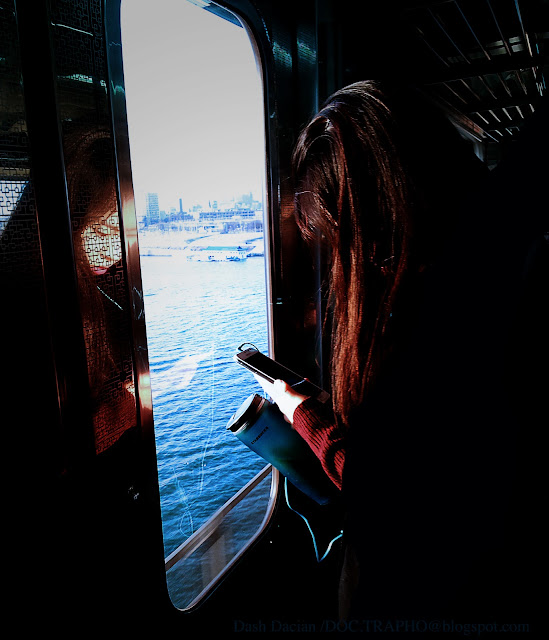 The train swooped beneath the earth inside a man-made hole. She was watching in her phone, a Korean gag show while the other passengers sleep, chat and busy with their own mobile devices. She smiles time to time, punchlines were made. Announcement of the next station filled the surrounding space. She glanced at the monitor overhead.

But the train is ready to come out from its burrow. The next station will be after the Han River Bridge. The train will finally taste the sunlight before going back to the tunnel again. She was blinded by this light at first, but her eyes immediately adjusted to the luminescence it brought.

She now sees the landscape outside. Buildings of different sizes and shapes were absorbed by her retina, but her brain processed a different thing.

Flashbacks began to play. Happy times together came back in the form of vivid and high contrast images. Beautiful memories crawled from her brain enveloping her whole body. The world stopped and tears began to accumulate in the corner of her eyes, but refused to fall.

She resumed watching the gag show as reality kicks in.

"I have to move" she muttered as the train begins to traverse the darkness of the tunnel again.

I love the reflective twist in this post, and the picture is so apt for the story

haha, just practicing my english and my writing too.