Staying long or dropping by in Seoul South Korea? Better try the traditional dress experience by Seoul Culture and Tourist Center for free!

Hanbok or Choson-ot is the traditional Korean dress. Throughout history Korea had a dual clothing tradition, in which rulers and aristocrats adopted kinds of mixed foreign influenced indigenous styles, while the commoners continued to use a distinct style of indigenous clothing that today is known as Hanbok. -Wikipedia.

Day before Sunday, a friend invited us to try Hanbok which is just near the location of Myeong-Dong Catholic Church.

Friend: Come with us, we know a place where we can try Hanbok
Us: (with curious faces) How much?
Friend: It's free!
The storm stopped, a rainbow appeared beneath the blue sky, birds sang in celebration, angels danced, and the sun shined like he will never run out of hydrogen.

After the mass, armed with a camera, knowing that our Korean Won wont be seeing sunshine that day and a smile on our face, we went. 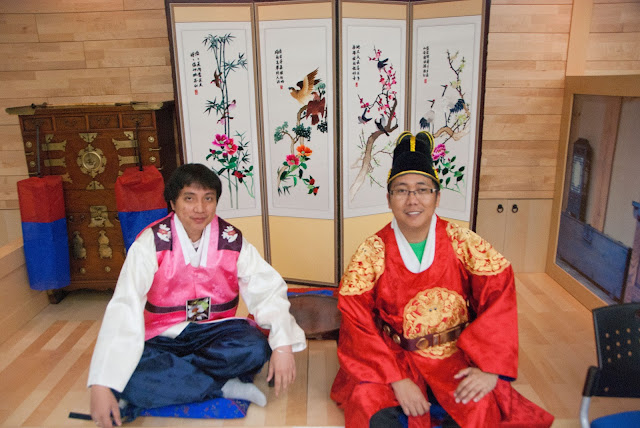 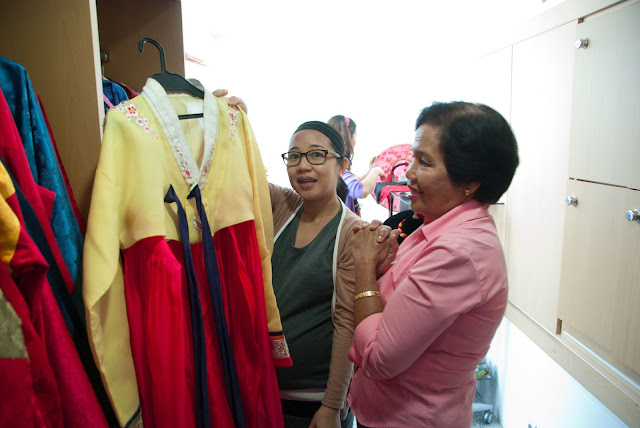 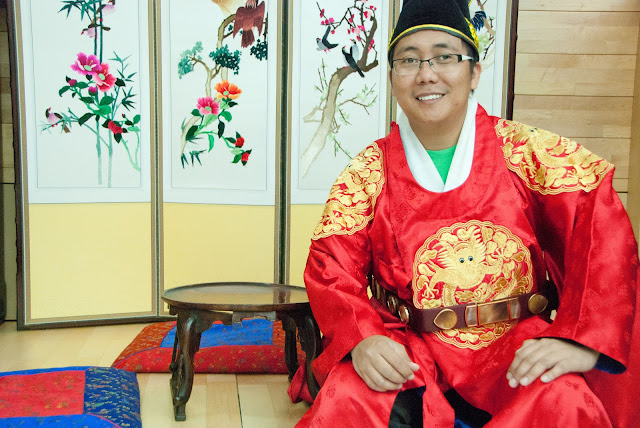 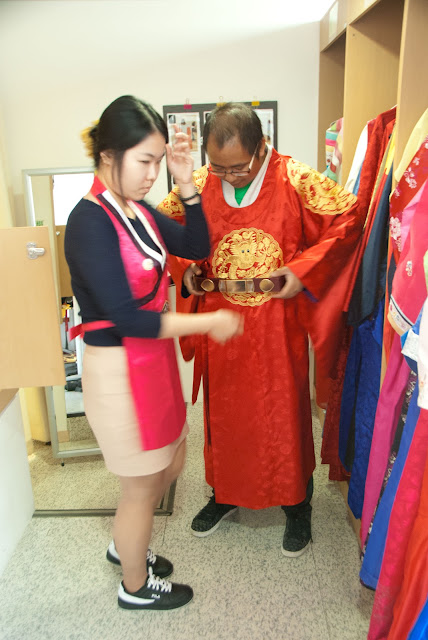 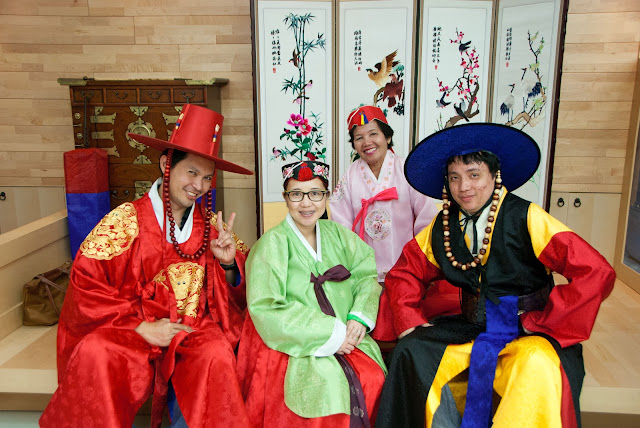 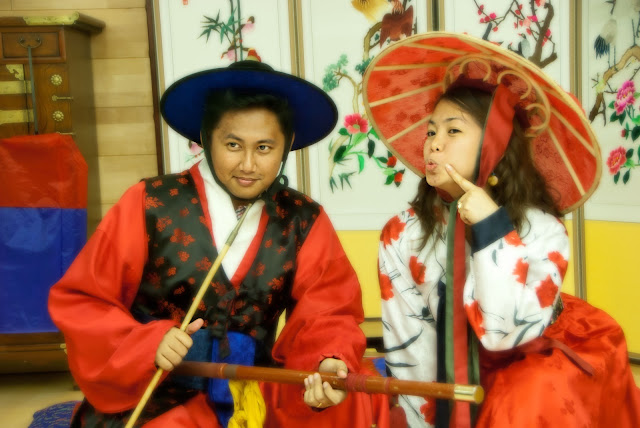 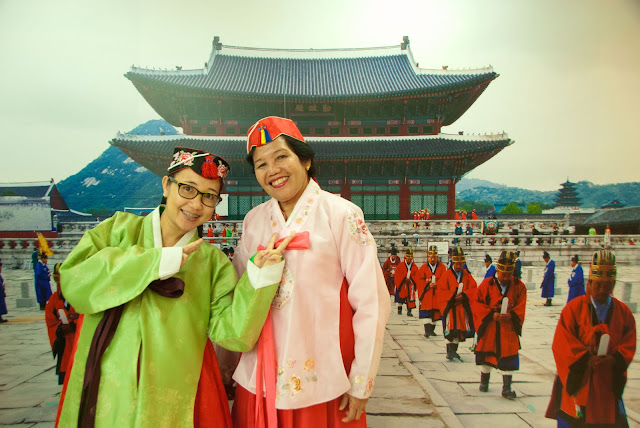 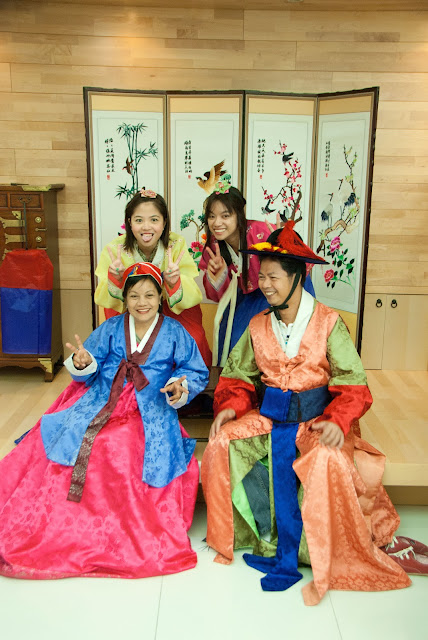 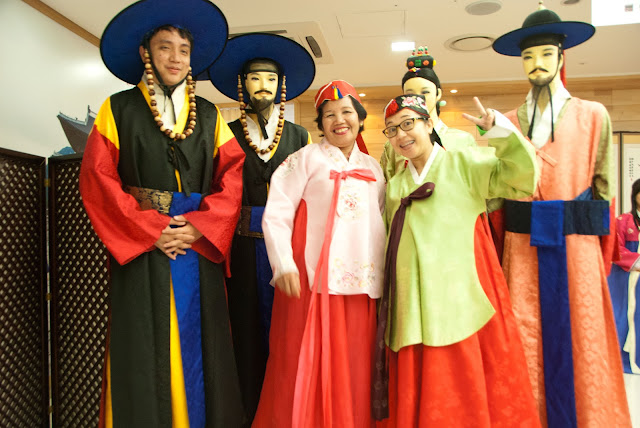 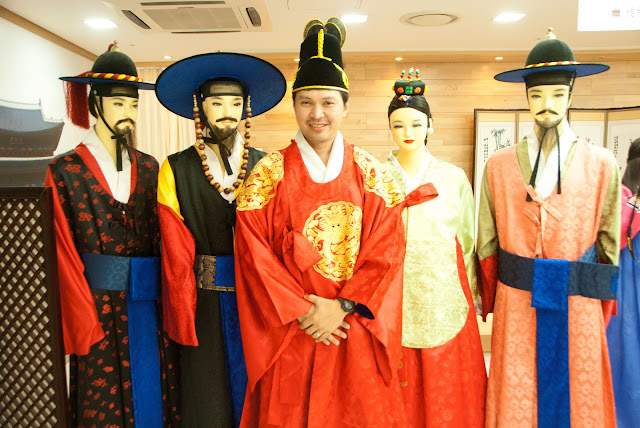 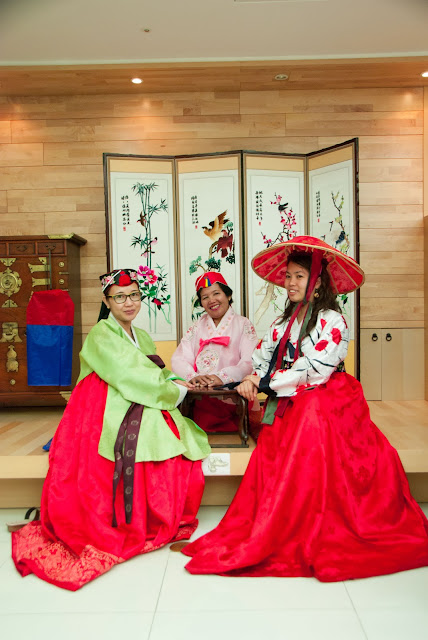 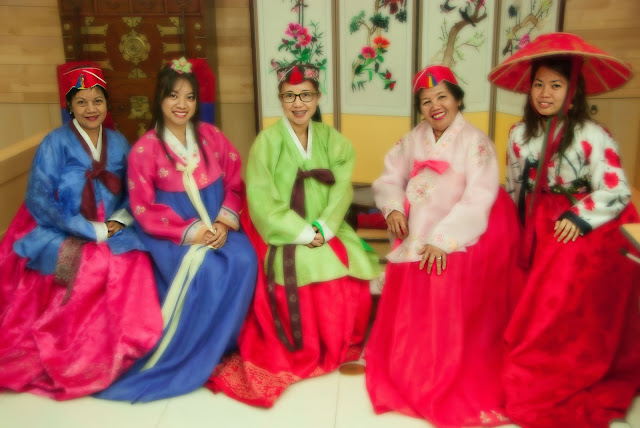 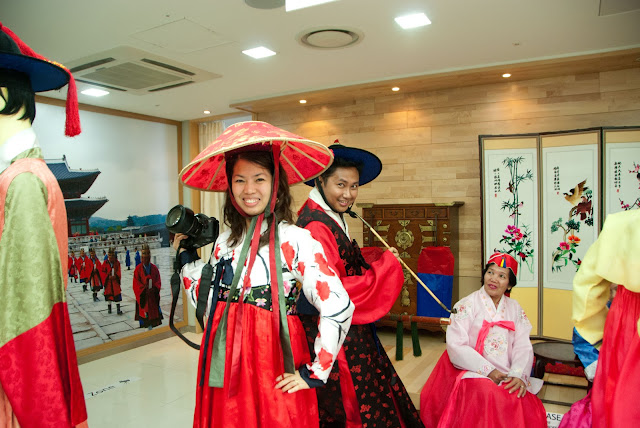 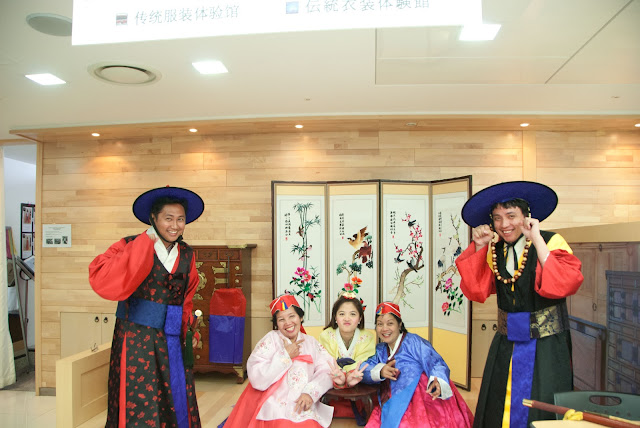 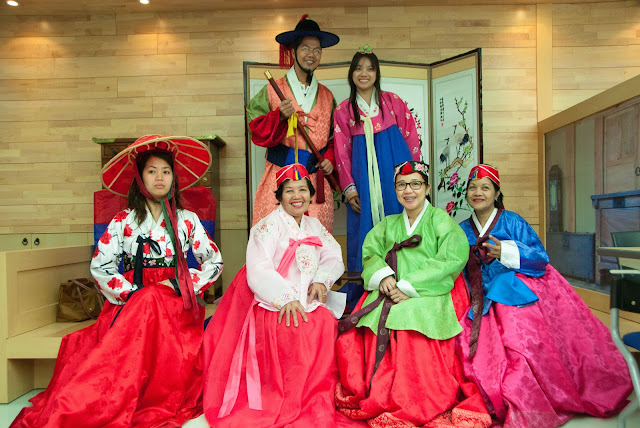 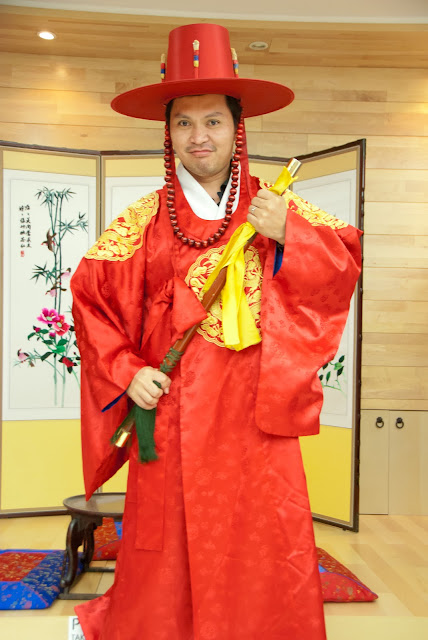 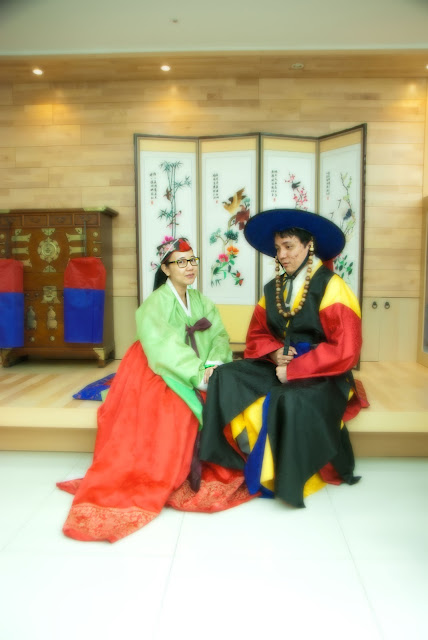 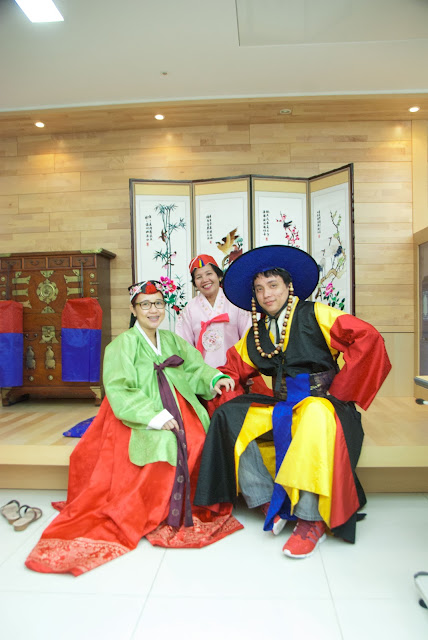 What to bring
1. Since many restaurants, coffee shops and snack bars nearby, just bring your smile and leave your worries behind, elevate your mind, rise and shine -- EHEADS hehe
2. Camera

Reminder
Be at the location before 11 AM. Many foreigners are making reservations for this service and you might get the late afternoon slot if you come late.

Early bird will give you 2 options. One is starting the session right away because you are the first in line. Two is a chance to choose any time of the day if you have other plans in the morning.

Reservations for the following day are not allowed as of October 2012.

Note to my daughter
You are still inside your Mom's  eh? You'll try it later when your old enough... or young enough..o_O.